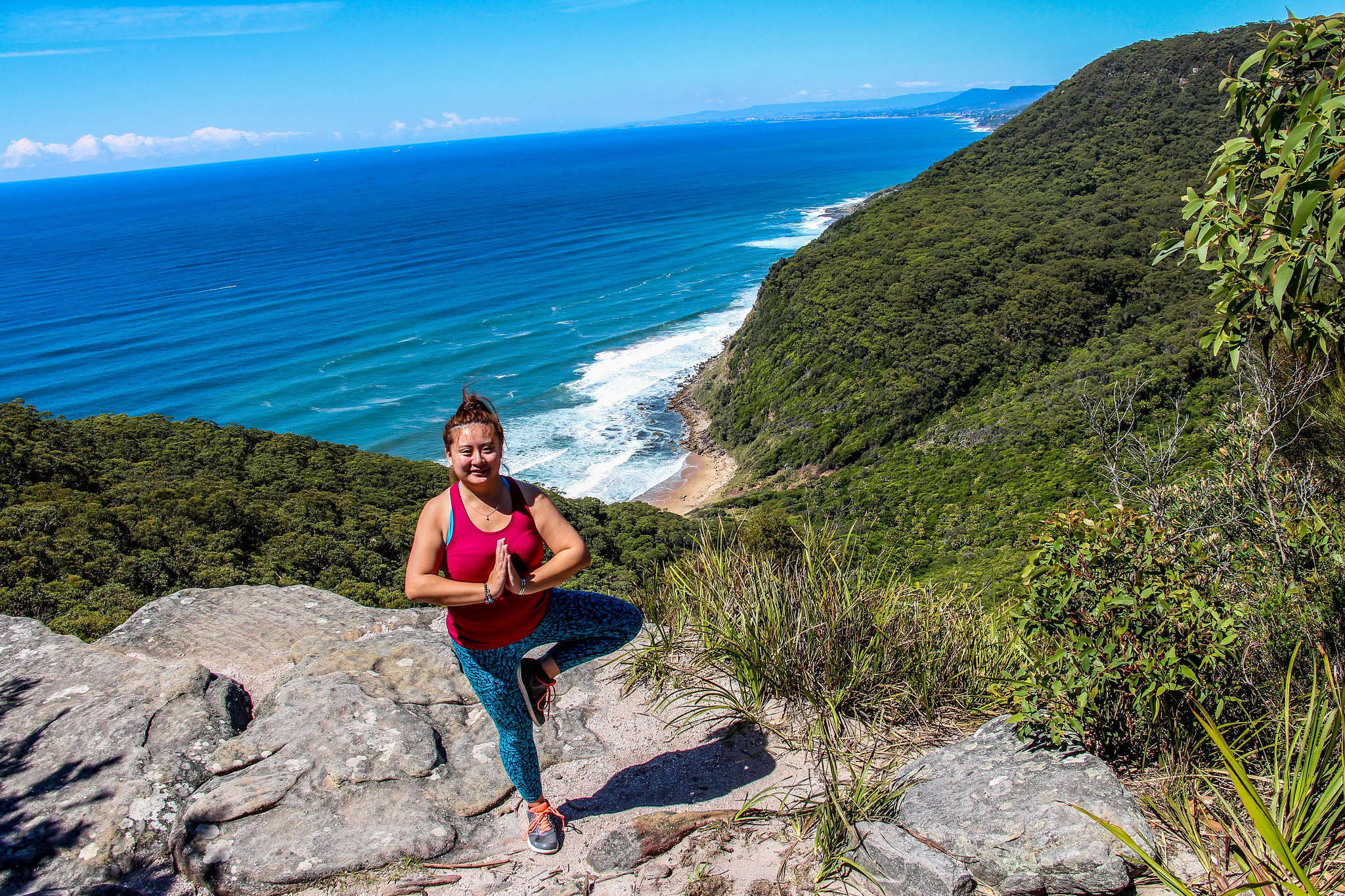 Based on Merriam-Webster, ‘Hypocrisy’ is defined as “the behavior of people who do things that they tell other people not to do; behavior that does not agree with what someone claims to believe or feel”. Google defines it as, “the practice of claiming to have moral standards or beliefs to which one's own behavior does not conform”.

I would like to think that I am the kind of person who is always conscious of my words and actions before it happens, while it is happening, and when it happened. When it comes to hypocrisy, I believe that no one can truly escape from it simply because human beings are capable of emotions. Logic might tell you to do one thing, but your feeling might swing you the other direction. When that happens to me, I always choose to make a decision based on how I am feeling. Even if I end up making a mistake, I do not regret the choice I made because it was my mistake. This could be associated with recklessness, but I believe that as long as you are not intentionally hurting anyone, then you will only hurt yourself if you make a decision that you will regret ten years down the line.

Before I continue with this post, I would like to point out that what I am about to discuss is not one of those cliché stories when people exaggerate how one, maybe two, people treat them, and subsequently become obsessed and insecure because of it. I say that because for the most part, that is what people tell me when they give me advice since they do not know the whole story. You know, the typical, “*Sigh*, it’s OK, don’t worry about what others think of you” (and yet, when I encourage others to be themselves, I get backlash). I slowly became accustomed to not reaching out to anyone for advice due to the lack of information they have about a situation.

Throughout the first quarter of my life, I have met different groups of people through school, events, and relationships. I intentionally say ‘group’ instead of ‘kind’ because I noticed that everyone tends to find their own little group of people that they enjoy surrounding themselves with. However, for me, I do not fit in with a group, and contrary to popular belief, I am okay with that. From pre-school till this day, I have always enjoyed doing things on my own. That is because I think differently from my peers so when it comes to finding things to do on a Saturday evening, scheduling a vacation itinerary, or where to go for lunch, my visions are usually different from theirs.

I have never been one to turn my cheek when it comes to something I am not associated with or have a lack of understanding of, but I had not realized that most people would. Based on how the majority react to controversial issues such as whether or not to be understanding of the recent legalization of gay marriage, or when a person decides to change their lifestyle to veganism, it has shown me that they are not susceptible to change when it does not fit in with their perspective which is often with traditional ways. I think that is also one of the reasons why people will not express themselves because they are afraid of having to deal with the consequences for speaking, thinking, and behaving “out of terms”.

Well, to tie this back to the subject of hypocrisy, I wanted to connect how firm a person’s set of beliefs are to how much or how little they will end up contradicting themselves in their everyday actions. When you are able to stand up for what you believe in even if you are standing alone, that will show how strong you are, and how much you believe in yourself. In order to achieve that, you must first acknowledge who you really are and accept it, all of which requires one thing—awareness.

When people do not follow the crowd, they get viewed as, “That person is trying too hard to be different,” or “That person thinks they are special,” or something as simple as, “That person is wrong”. I find that ironic simply because I also see them emphasize the importance of being different, but then they make decisions based off of their fears of being casted aside. Some recent situations I could think of is how the majority of the people that I am acquainted with treat me. They started to treat me strangely because I am the odd one out, due to my willingness to be outspoken about my opinions and point out when something is not correct.

You see, some people would intercept with my previous sentence by telling me that I need to say things in a different way. They do not seem to realize that no matter how much you try to fluff up the truth, which most people do not like to listen to, it will still have the same effects because they already developed a bias toward me. Not only that, take this example I have used before: “I am sorry, but I have to let you go,” vs “You are fired,” will still end up with a disgruntled former employee. I thought about how perhaps it is sexism or reputational, but after seeing how they treat other girls that do not have a “reputation” as well, it is not like how they treat me at all. It is a little bit of everything, but they treat me how they do because of a developed bias on me. Throughout all of my interactions with them, they have eyes focused on seeing and sometimes even creating the worse conclusions they can about me.

It took a while, but the day that I decided that I have reached my limits, I started to slowly stand up for myself and stopped being polite to these same people. No one else was going to do it; this is my life and who I choose to surround myself with also defines me. That was when they started to show their true colors and stopped showing the overlaying mask of politeness they insisted on having because of a mutual friend. They do not see how contradictory their behaviors are—they were the ones that started treating me like I am some sort of criminal even though I have never done anything to them and when I started to stick up for myself, they got annoyed and kept this silent grudge on me, creating this cold war every time I attend social events with them. On top of that, when I stand up for myself, it only makes them think that I proved their points correct about how they think of me. All of this makes me scratch my head even more; are they so blind to see that I am not the one that they should be wary of? They emphasize the importance of actions but disregard mine. My words and actions have always aligned while theirs do not. They insist that my gift-giving to be a kiss-up or as a ‘one-up’ and my concerns to fakeness, all the while falling for these same social traps they have set out for themselves.

I wanted to write this post because I have experienced countless situations where people I know treat me like an outcast because I do not behave like the rest of the crowd, and I wanted to share it with anyone who may be experiencing something similar to this. From this post, I hope that you will be able to become a little bit more aware of yourself to realize whether or not you are experiencing what I talked about. Perhaps you are in my shoes or perhaps you are in their shoes. My point is, do not be afraid to be who you are. This is not new philosophy, but it is definitely hard when your endurance is challenged. If the people around you does not accept you for who you are, maybe it is time for you to find new people to surround yourself with. People who will help lift you up in your endeavors and vice versa. One last bit that I will leave you is this: do not play the game if it is not the game you are interested in playing.


Here is my futile attempt to be more thorough in explaining what I meant by all of this. I did not intend for this to be read in a way that it is okay to say and do mean things to others for the sole purpose of hurting them. There is a difference in going around making jabs at others because you want to hurt them and conversing with others because you know if you do not say or do anything, the problem will continue to boil until it explodes. A couple of years back, I did not know how to express my concerns calmly, but when I did, it still did not matter because confrontation is associated with a negative connotation. It is sort of like playing the messenger.

Take my "The 7 Deadly Fallacies" or "My Fitness Journey - A Backstory"posts for example. Those posts (and this, and everything else that I enjoy writing and reading about, and my actions in general) could be misleading and make people think that I am still "too young" to understand life and that all of this is simply a "phase" that I am going through. In other words, they believe that I have yet to develop thick skin and that I need to because I care too much about what other people think of me. I can see where that stems from, but at that point, it is left to the person's perception.

What I try to accomplish by everything I do is to share the philosophies that I have learned so far. If they say that I all of my words and actions (basically, me, as a human being) are just one big cover-up to defend my ego, then what do you call it when those same people are sitting across the room (or behind my back) making little remarks aimed at me? You are entitled to your opinions, but it does not give you any place to criticize me if you are not intending to help me learn and grow. I am not saying this because it happened once or twice; it is a continuous, ongoing thing, and I am not the only one that can see it.

Let us say, for example, in some alternate universe, that I was the one that went out of my way to hurt everyone... well, because I enjoy it. I have wronged all the people I am acquainted with, and that they are only treating me horribly because I hurt them first (because I "deserve" it). It still does not justify their actions because they are choosing to play fire with fire. They are trying to make everything a win-lose situation where they win, and I lose. Win-win situations do exist and in order to achieve that, each person should yield a little to one another. Yielding does not make you weak. It simply shows that you are strong enough to let go of your ego in order to help others.